The Jordanian Censor Mohammad Quteishat, a.k.a. the Jordan Media Commission is yet to permit the screening of “Wonder Woman” film in Jordan, the state-owned news agency Petra reported on Friday.

Quteishat said the commission is reviewing each of the movie’s scenes to see if they comply with local standards. He warned that theaters that screen the film before the commission approves it would be closed. He denied strongly the rumors of rogue screenings in Amman and Irbid.


One key standard the censor is checking has to do with the lead star, Israeli born Gal Gadot, who has shared her IDF service (after graduating high school) with the planetary press.

His Majesty King Abdullah II’s favorite newspaper, The Jordan Times, interviewed nineteen-year-old Ammar Jumaa, who said the movie “should be banned,” seeing as the main character “supports the Israeli occupation of Palestine.”

If it does, then this would be the coolest super hero movie ever – but of course she didn’t mean the character, Wonder Woman, but the gorgeous Jewess playing her.

“Regardless of the message of the film — regardless of its background… The lead character supports the killing of children and we should boycott the movie, even if it were allowed in cinemas,” Jumaa insisted.

We checked the press kit and there’s nothing there about Gadot advocating the killing of children. Maybe the press kit in Arabic is different…

Amman resident Lara Shobaki told the JT: “I’ve read that the movie aims to spread the message of women’s empowerment; however, how can we trust this message when we know that she supports Israel’s crimes against humanity?”

Hey, hey, lady, you drink your Israeli-provided water allotment with this mouth?

Apparently not concerned with the box office numbers in the Levant, Gal Gadot has been telling the media that her military background has helped her to get roles.

“I think the main reason was that [director] Justin Lin really liked that I was in the military, and he wanted to use my knowledge of weapons,” she told one reporter about her role in “Fast and the Furious.”

But the Gadot sins didn’t end there. Many Jordanians (who are 80% Palestinians) who are members of the “anti-normalization” movement, recalled the July 2014 picture with her daughter Gadot had posted on her social media accounts in support of the IDF in Gaza, tweeting: “I am sending my love and prayers to my fellow Israeli citizens. Especially to all the boys and girls who are risking their lives protecting my country against the horrific acts conducted by Hamas, who are hiding like cowards behind women and children.”

Shove that in your hookah pipe and smoke it… 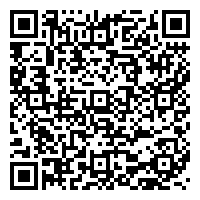