Following a recent rise of tensions between elements of the Jewish and Black communities in the USA, organizers of two important communal bodies came together and initiated a cultural celebration to bring the communities together, and take a firm stand against anti-Semitism and racism. The Jazz Leadership Project, the Combat anti-Semitism Movement (CAM), and the American Sephardi Federation launched the “Fighting anti-Semitism and Racism Together” conference, held October 24-25, 2021.

The event noted that emerging ideologies were giving fuel to the growth of anti-Semitism and racism. Participants stressed that in a world where intercommunal partnerships are critical for societies to thrive, and in a country as diverse as the United States, Black and Jewish Americans must not allow their longstanding alliance to waver. In particular, it was noted that racial prejudice and anti-Semitism still posed a clear and present danger to the Black and Jewish American communities today. The only way to alter this disturbing reality and build a better future is to work together for positive change, as the communities have in the past.

At the event, the organizers reminded participants of the long tradition of cooperation between the two communities, peaking with the Jewish community’s famous support for Martin Luther King’s struggle for equality in the United States. Organizers spoke out against growing tensions between elements of the two communities as seen in recent years and months, including a dramatic rise in anti-Israel rhetoric using anti-Semitic language as defined by the widely accepted International Definition of anti-Semitism (IHRA).

The event featured the presentation of an award named after Albert Murray, the founder of jazz philosophy who worked to reduce racial tension by promoting the values of a multicultural society through music. The award was presented to renowned artist, musician, and composer Wynton Marsalis, who runs the Lincoln Center Jazz Program. The award was presented by Lewis P. Jones, who explained, “The award is bestowed on trailblazers and the collective effort to build a more harmonious future free of racism and antisemitism.”

Moreover, he affirmed, “I cannot think of anyone more deserving of this award. Wynton’s commitment stands as a beacon and a gateway to our common humanity.”
Inline image

Upon receiving the award, Marsalis commented, “I am deeply honored to be the first recipient of the Albert Murray award… Al’s body of work and thought expanded my conception of the possible, of the world.” He also noted, “We are many, let us also be one, unified in our embrace of humanism and cultural excellence and democracy, let us not be tribal.”

Tepper noted, “This special event dedicated to combating racism and anti-Semitism, and shaping an Omni-American future, will take us on a journey through the thought and spirit of the man who taught us the meaning of stomping the blues, Albert Murray.”

The event was attended by saxophonist Donald Harrison, winner of the 2022 NEA Jazz Master Jazz Music Award, along with many other figures from the global jazz community, as well as musicians, philosophers, and social activists from both the Jewish and Black communities.

In addition, the event included a performance by the Itamar Borochov Quartet. Borochov, an Israel-born and Brooklyn-based jazz musician, recently received the prestigious “LetterOne Rising Stars Jazz Award” for his unique style which musically brings together the sounds of Manhattan, Jaffa, and Central Asia, along with the sacred sounds of the Sephardic liturgy.

Greg Thomas and Aryeh Tepper — two musicians, educators, and activists in the global jazz community who initiated the event — explained that music and culture have the power to overcome stereotypes, prejudices, and racism. Thomas emphasized, “In our polarized US and world, we need leadership and wisdom to point the way through the complexity, darkness, and hatred.”

Tepper noted, “This special event dedicated to combating racism and anti-Semitism, and shaping an Omni-American future, will take us on a journey through the thought and spirit of the man who taught us the meaning of stomping the blues, Albert Murray.”

Sacha Roytman Dratwa, Executive Director of the Combat anti-Semitism Movement, wrapped up the first day of the event with a powerful dialogue, pledging, “What we saw today and what we will see tomorrow is just the beginning of something big we are engaging to change our society for the better.”

He concluded, “Today we are coming together to not only celebrate the rich cultural heritage of Jewish and Black Americans but also to take an active and collective stance against racism and antisemitism in the US and around the world.” 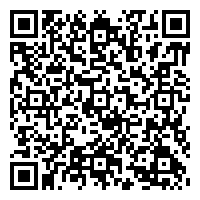