The United States backs Israel’s demands for significant changes to the U.N. peacekeeping mission in southern Lebanon, UNIFIL, whose mandate is up for renewal at the end of August.

During a closed meeting of the United Nations Security Council meeting on Tuesday, U.S. Ambassador to the U.N. Kelly Craft is reported by AP to have said, “The U.S. has long reiterated publicly and privately that the status quo in Lebanon is unacceptable. Now is the time to empower UNIFIL, end the long complacency and enable the mission to fully achieve what it was set out to accomplish.”

This is in keeping with a statement made in May by outgoing Israeli Ambassador to the U.N. Danny Danon.

“We have seen that slowly there [are fewer] places that the troops in the peacekeeping operation can actually travel in southern Lebanon,” Danon said. “So we want them to have full freedom of movement. I have discussed it with the commander of the force, and we tell them, ‘You are there, you cannot move, and you can’t inspect, so why you are there?’ You have to be more active, you have to move freely and you have to inspect all sites.’”

Craft reportedly said at the time that UNIFIL was being “prevented from fulfilling its mandate,” and that the Lebanon-based terrorist organization Hezbollah had “been able to arm itself and expand operations, putting the Lebanese people at risk.”

She said the Security Council “must either pursue serious change to empower UNIFIL or realign its staffing and resources with tasks it can actually accomplish.”

Most other members of the Security Council oppose making changes to UNIFIL’s mandate, which originally was to “confirm the withdrawal of Israeli forces from southern Lebanon,” but was expanded in 2006 as part of U.N. Resolution 1701 that ended the Israel-Hezbollah war. 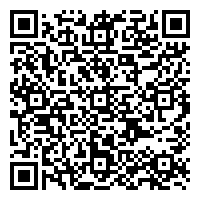