The Chassidic Jewish group is just about ready to greet the tens of thousands of Jews who are expected to be among the hundreds of thousands of people flocking to Brazil for the competition.

There will be three separate Jewish welcome centers to greet some of the 40,000 Jews expected to arrive for the games. At least 10,000 of those spectators and competitors are believed to be Israeli.

The students speak numerous languages — English, Hebrew, Spanish, French and Russian — to make it easier to communicate with all the Jewish visitors expected to stream into Rio.

Anyone looking for kosher food, a minyan or help with the language can head to one of these three welcome centers to ask for assistance. The storefront on Av. Nossa Sra. de Copacabana.581.Ioja 3 will be manned by Chabad-Lubavitch of Rio, according to Rabbi Ilan Stiefelmann, right in the center of Copacabana. There will also be one at Chabad Rio’s main center in the Leblon neighborhood and a third at the Chabad center led by Rabbi Yosef Simonowits in Barra da Tijuca, in the Rio neighborhood to the newly constructed Olympic stadium, where most of the sporting events will take place.

All three centers will be stocked with kosher food, tefillin, and prayer materials. On Shabbat there will be special food, including wine and challah, as well.

Rabbi Yehoshua Goldman, co-director of Chabad of Rio told Chabad.org that representatives of Israel’s Paralympics team already called his office this past February. As a result, his synagogue — Beit Lubavitch Rio De Janeiro — will host an official Shabbat program for the team, including accommodations for the observant athletes and staff.

Goldman and colleague Rabbi Eliyahu Haber were also appointed by the Brazilian Olympic Committee as two of the three Jewish chaplains to the 2016 Summer Games. They have already ensured the Jewish room at the Olympic Village will be staffed by rabbinical students and stocked as well as the three Chabad welcome centers.

Although the Brazilian Olympics Committee has reportedly supported the rabbis in their application for a kosher food concession stand at the Olympic Stadium, however, permission has not yet been granted by the International Olympic Committee. 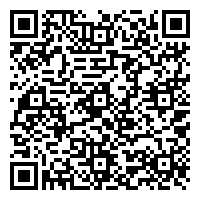