According to the FBI, special agents arrested Rasmieh Yousef Odeh at a Chicago-area residence after the unsealing of an indictment filed in federal court in Detroit. The indictment charges procurement of citizenship unlawfully. The indictment alleges that Odeh was convicted in Israel for her role in the 1969 bombings of a supermarket and the British Consulate in Jerusalem, which were carried out on behalf of the Popular Front for the Liberation of Palestine (PFLP), a designated terrorist organization.

A bomb the Jordan-born Odeh hid in a candy box on a shelf killed two Hebrew University students, Leon Kanner and Eddie Joffe, and injured 10 others.

Now the National Review reported that Odeh had worked as an Obamacare Counselor in Illinois.

According to the Review, the Illinois Department of Insurance eventually, and with no fanfare at all, revoked Odeh’s certification as a Navigator In-Person Counselor last November 24, explaining in a disciplinary report that the decision was “based on an investigation which revealed that she had been convicted in Israel for her role in the bombings of a supermarket and the British Consulate in Jerusalem and failed to reveal the conviction on her application.”

According to the director of insurance revocation letter, the Department of Insurance found out about Odeh’s history after the U.S. Attorney’s office for the Eastern District of Michigan publicized her convictions.

The indictment alleges that in 1995, Odeh immigrated to the United States and naturalized as a citizen in 2004. In her immigration documents filed in the United States, Odeh omitted her arrest, conviction, and imprisonment overseas, which were material facts for the United States government in determining whether to grant her citizenship.

“The United States will never be a safe haven for individuals seeking to distance themselves from their pasts,” said William Hayes, acting special agent in charge for HSI Detroit. “When individuals lie on immigration documents, the system is severely undermined and the security of our nation is put at risk.”

If convicted of the charge, Odeh will be stripped of her United States citizenship. She also faces a maximum sentence of 10 years for naturalization fraud.

Incidentally, Odeh reached the new world after serving 10 years in Israeli jail, but then, inevitably, came her early release as part of a prisoner exchange.

Perhaps in the future Israel should send captured Arab terrorists directly to America, to work for Obamacare. It would save a lot of red tape. 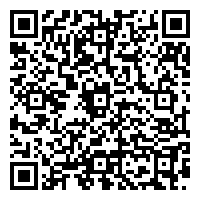