While the American Studies Association (ASA) has voted to boycott Israeli academic institutions this week–a boycott initiated in 2005 and coordinated by the Palestinian BDS National Committee, the Israel Institute of Technology (Technion) has been successfully reaching out to the Arab-speaking world both within and outside Israel.


Thousands of students from Arab countries have signed up for Haifa’s Technion’s first online course taught in Arabic as well as in English. Even before officially opening, the Israel Institute of Technology’s nanoscience course, which begins in March 2014, has drawn more than 32,000 views from all over the world, including from Arabic-speaking countries. The syllabus has had thousands of views which include 5,595 in Egypt, 1,865 in Kuwait, 1,243 in Saudi Arabia, and 1,243 from Syria.

The course, covering nanotechnology and nanosensors, will be taught in Arabic by Technion Professor Hossam Haick of the Faculty of Chemical Engineering. Professor Haick, a native of Nazareth, pioneered innovative cancer detection via breath tests, with a device he invented known as the Na-Nose.

Professor Haick’s course is backed by Associate Professor Miri Barak from the department of Education in Science and Technology and doctoral students Abeer Watted, Meital Segev and Nasreen Shehadah.

In Israel, 3,730 have signed up for the nanoscience course, which features high quality learning materials and various assessment tools, as well as numerous illustrations and animation clips.

According to the Technion’s Spokesperson Office, the Technion academics involved in planning the course stated that “We are hopeful that this course will contribute, if only slightly, to science and engineering education for populations around the world and maybe even help bring people closer together through collaborative tasks and common challenges.”

Arab students make up 20% of the Technion’s student body. This year’s valedictorian was 27-year-old Muslim medical student, Mais Ali-Saleh, who graduated from the Technion’s medical school. Ali-Saleh grew up in a small village near Nazareth and has stated that BDS actions “don’t achieve any of its purported objectives.”

In a report by The Tower Magazine in July, Ali-Saleh was quoted as saying that because she did medical research, the boycott did not negatively impact her work, but sooner or later, she said it will impinge upon the academic researchers she knows, both Jews and Arabs alike. 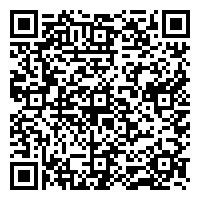