The group Combat Anti-Semitism Movement (CAM) has warned that the rapid spread of the “Qui?” movement across France this past summer poses an immediate threat to the safety of French Jews.

After a live television interview in June with retired French General Dominique Delawarde, in which he made references to age-old antisemitic conspiracy theories, the phenomenon has spread at an alarming rate and gained significant traction.


Premised on a question asked by General Delawarde during the interview, where he referenced “anonymous” groups with disproportionate amounts of power controlling the media, the movement’s name, “Qui?” or “Who?” in French, is an attempt to draw the public’s attention to the “obvious” answer, namely that Jews and supporters of Israel control the media.

While Holocaust trivialization has been seen worldwide over the past year and a half, with Nazi-era yellow Stars of David being appropriated as a protest symbol against pandemic-related public health measures, adherents of the French “Qui?” movement—hailing from both extremes of the political spectrum—engage in explicit anti-Semitism, propagating conspiracy theories that blame Jews for the pandemic as well as for associated public health measures, and the COVID-19 vaccines.

Soon after Delawarde’s interview, signs displaying the word “Qui?” began appearing at nationwide rallies that drew tens of thousands to the streets against the coronavirus health pass now required for many daily activities in France. Also: incitement demonizing French Jewish doctors by adherents of the movement has intensified over the summer.

A woman holds up a “Qui?” placard denouncing President Emmanuel Macron and several prominent Jews as traitors at a protest against COVID restrictions in Metz, France on Aug. 7, 2021:

Such accusations are not new to the anti-Semitic discourse. Throughout history, conspiracies about Jewish control or power, and scapegoating of the Jews for societal tensions, have fueled anti-Semitic movements with deadly consequences. In light of the recent global outrage at France’s denial of justice for the gruesome anti-Semitic murder of elderly French Jewish woman Sarah Halimi, CAM says it is shocked that statements such as General Delwarde’s can be made on public television with few repercussions. It also notes that the speed with which General Delawarde’s statement has gained traction, appearing on signs at national rallies with tens of thousands present, is alarming.

CAM welcomes the French prosecutors’ decision to open hate speech and incitement to violence investigations against individuals who have displayed “Qui?” banners in public. The potential for this movement to spiral out of control and lead to concrete harm against members of France’s Jewish community is already evident, with threats levied against French Jewish doctors, and multiple instances of vandalism involving both Nazi symbols and “Qui?” already reported. As such, dealing with this issue in a timely fashion is critically important to the safety of French Jews.

At a time when Jewish communities around the world grapple with an unprecedented rise in antisemitic incidents, hatred, and discrimination, many of which have culminated in physical violence, the need to penalize those who propagate hatred of Jews to the fullest extent of the law is essential. CAM is calling on the French authorities to recognize the emerging threat of the antisemitic “Qui?” movement and extinguish this uniquely anti-Semitic phenomenon before it harms even more French Jews. 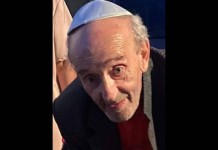 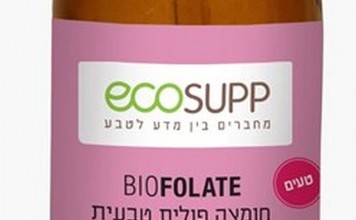 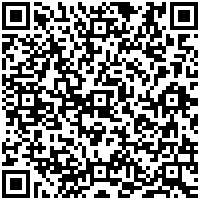