Law enforcement agencies of Spain and Morocco arrested six jihadist terrorists who were plotting large-scale attacks, Spain’s Interior Ministry reported on Wednesday. Dramatic footage shows armed Spanish and Moroccan officers storming two buildings to apprehend the suspects. The officers made the arrests in Melilla – a Spanish city on the north coast of Africa – and in Morocco.

Spanish and Moroccan police squads eliminated the six-member jihadist terror cell, the ministry’s report elaborated. Five of the terrorists were arrested in Morocco, and one in Spain. The group’s leader was a Spaniard, the five ranking members were Moroccans.

According to reports, the Spaniard leader, 39, used his job as an educational assistant to radicalize his students. His cell conducted “nightly meetings” to plan “major terrorists attacks,” according to Spain’s National Police. The meetings included physical training and simulated decapitation.

According to local media, Spanish security forces have detained 199 jihadis at home and abroad since June 2015. 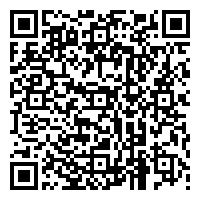