Amid ongoing questions about the state of his health, Hezbollah chief Hassan Nasrallah is scheduled to deliver public remarks next Tuesday, the Hezbollah-linked Al-Manar TV network announced.


Appearing pale, Nasrallah coughed and choked his way through his most recent televised address last week, an address to mark the 21st anniversary of the IDF withdrawal from southern Lebanon.

The Israel Defense Forces (IDF) posited after his speech that Nasrallah may have become ill with COVID-19. However, Israel’s Hebrew-language Channel 13 News team said the Hezbollah chief has not yet been tested for COVID-19. 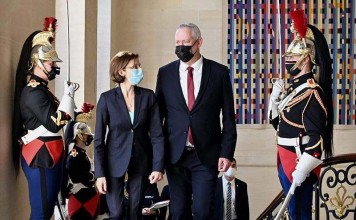