IMPORTANT: Click here for the update as to which Bimbo Bakeries products will be keeping and losing their Kosher certifications.

Bimbo Bakeries USA, a subsidiary of Mexico’s Grupo Bimbo—one of the world’s largest baked-goods conglomerates with America’s largest private-label bread-baking business—made the decision in 2017 to drop the world’s largest kosher symbol, the OU (Orthodox Union) certification, from many of its products.


In recent months, consumers have noted that certifications have begun to drop off a large portion of the business’ Kof-K certified products as well, which included nationally distributed household-staple sandwich breads and buns such as Stroehmann, Oroweat, Arnold’s, Brownberry and Freihofer’s.

Consumers may have initially thought that these were isolated business decisions or cost-cutting measures to use one kosher certifying agency rather than another. However, that’s not the case.

As the story has unfolded over the last few days, it has become clear that the dropping of two agencies is part of a larger decision that could affect a wide swathe of kosher-keeping consumers.

“To enable more efficient operations, we’ve made the decision to remove kosher certification from our bread products,” said Nicole Lasorda, speaking on behalf of Bimbo Bakeries USA. “This change will not impact the quality, freshness or availability of our products.”

Rabbi Daniel Senter, administrator for the Kof-K kosher agency, explained that the way bakery businesses have conglomerated in the United States means that multiple items under multiple labels are produced in different factories around the country. Kosher certifications may present restrictions on what baked goods can be produced in which factories, which Bimbo may not see as relevant from a business perspective.

“If this trend continues, this will have ramifications for many kosher consumers to be able to purchase bread,” he said.

In interviews, kashruth administrators from the OU, the OK and the Kof-K all expressed the need for kosher-keeping consumers to carefully check the packaging of items they purchase.

Senter added that regional supermarket brands/private labels that have previously been under Kof-K certifications are, in large part, owned by Bimbo, and are set to lose their certifications as well.

Nevertheless, Rabbi Moshe Elefant, chief operating officer of the Orthodox Union, said “we still consider Bimbo/Arnold’s a very important company in the world of kosher; these are foods that the kosher consumer relies on.”

But Menachem Lubinsky, a kosher-industry veteran and the founder of Kosherfest—the world’s largest kosher tradeshow—points out that “it is ironic that in a year [2017] where approximately 2,000 new kosher certifications were awarded that a company with a long-standing tradition of kosher certification should be one of the few companies in the last two decades to remove their kosher certification. This lack of sensitivity to an extremely loyal base is unprecedented.

“It is my hope,” he added, “that when Arnold’s recognizes the affront to a community that has been one of its key supporters over so many years, it will reverse its decision.” 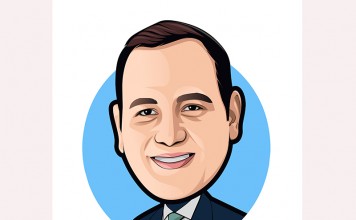 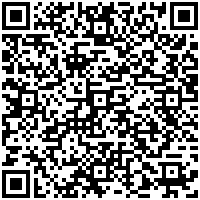