Monday morning’s operation against Hezbollah terror tunnels reaching inside Israel was likely known to the security cabinet in mid-November, when then-Defense Minister Avigdor Liberman decided to resign, and Habayit Hayehudi chairman Naftali Bennett decided to challenge Prime Minister Netanyahu for the former’s office. This morning’s news throw some light on both those decisions, but don’t necessarily explain them fully.

The timing of this morning’s operation is intriguing. In recent years, the heads of local municipalities in the north have been warning senior IDF commanders that they keep hearing noises underground, but the IDF kept responding that there were no tunnels on the northern border.

Today, Monday, as it is finally going after those tunnels, the army says it has known for a long time that Hezbollah was digging those tunnels. So while the decision to go after those tunnels is undoubtedly the right decision, even if it was made only to avoid a repeat of the 2014 Protective Edge criticism over the manner in which the tunnel threat in the Gaza Strip and its environs was addressed – it should be examined against recent political events over the past month.

Yesterday, Sunday, Netanyahu met with US Secretary of State Mike Pompeo in Brussels, after which the PM said the two had discussed ways in which they could “work together to curb Iranian aggression in the region – in Syria, Iraq, Lebanon and elsewhere.” A parallel statement issued by the State Department said Pompeo stressed the US commitment to Israeli security, and Israel’s right to defend itself.

This morning, Netanyahu’s meeting with Pompeo appears to have been used to alert the US regarding the coming operation, in an attempt to work out a diplomatic effort to solve the growing security problem in south Lebanon, before the start of a full-blown war.

Israel is troubled by a series of steps taken by Hezbollah, most notably its launching—with Iranian know-how—precision weapons factories. Another source of concern is the fact that following the winding down of the civil war in Syria, hundreds of seasoned Hezbollah veterans are coming home, ready for another conflict. Whatever ensues following Operation Northern Shield, Israel needs US support to face it – especially in light of the restrictions imposed by Russia on the IAF activities inside Syria.

On November 13, the security cabinet convened to discuss the response to Gaza terrorists who had fired hundreds of rockets and mortars into Israeli civilian populations. According to Channel 2 News’ Amit Segal, the issue of taking action against the tunnels in the north came up during the meeting, and the cabinet decided to retaliate in Gaza only after dealing with the threat on the northern border.

Liberman, who was eager to make good on his public announcements about getting even with Gaza, felt that Netanyahu was making him look bad, manipulating his position to make it untenable – despite the fact that Liberman probably agreed, like the rest of the cabinet, that the PM’s and the IDF’s suggestion made sense, and reluctantly acquiesced to the ceasefire in Gaza, then resigned from the defense ministry.

Which means that when Bennett and Shaked threatened to resign unless Netanyahu gives Bennett the defense ministry was also done while both Habayit Hayehudi leaders were aware of this morning’s operation. Segal believes they did not believe the planned move on Lebanon’s border would start a hot war against Hezbollah, and so the IDF could be counted on to hit Gaza hard while demolishing the Hezbollah tunnels. That part about Hezbollah refraining from taking action remains to be seen.

Netanyahu for his part spoke to the nation some two and a half weeks ago, rebuking Liberman for his decision to leave the campaign in the middle, and offering a smarting distinction between himself and the Yisrael Beiteinu chairman:

“On the issue of security, I have made difficult decisions, some of them very difficult, and I bear full responsibility. And when such decisions are made, they deal with matters of life and death. In matters that sometimes even touch upon the very existence of the state. And in such matters there is no room for politics (wink at Liberman). There is no place for personal considerations (Wink at Bennett/Shaked).”

“Most Israeli citizens know that when I make decisions on security matters,” the PM continued to portray himself as the only grownup in the room. “I do so in a substantial manner, out of sincere and deep concern for the peace of our country, for the security of our citizens, for the safety of our soldiers.”

Then the smartest old fox of Israeli politics bar none gave a zinger that foreshadowed even Sunday’s recommendations for his indictment issued by the police:

“State security is beyond politics, beyond personal considerations,” he said victoriously. “Therefore, you have seen the effort I have been making in recent days – every effort – to prevent unnecessary early elections.” 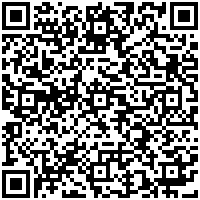