Nearly one-third of European Jews are considering emigrating because of rising anti-Semitism, and 25 percent of Jews in Europe are afraid to appear in public with cloths or symbols that would identify them as Jews, a new report reveals.

There was no indication of which countries were the desired new homes of those wanting to flee, but Israel presumably is high on the list.


The study released in Israel prior to International Holocaust Remembrance Day on Jan. 27 also shows that social websites on the Internet serve as a platform for rising anti-Semitism.

“Social networks have the growing ability to mobilize crowds to attend events, and [have increasing] influence in the political public sphere. They have also become a means of communication reaching hundreds of millions of people, also on aspects related to the disclosure of anti-Semitism and anti-Zionism,” according to the report.

As earlier reported here, three pig heads were mailed to Rome’s main synagogue and to the Jewish Museum of Rome, which is displaying en exhibit concerning the Holocaust.

Naftali Bennett, who serves as Minister of Diaspora Affairs, said, “Like the efforts to delegitimize Israel, anti-Semitism is both a disgrace and a blot on every society. Trying to understand their ‘causes’ legitimizes them. There is no reason or justification for anti-Semitism.”

“Despite what people might think, anti-Semitism does not strengthen our ties with Jews overseas,” he said. “For every Jew who makes Aliya as a result of anti-Semitism, there are many others who cut ties with Judaism and the Jewish way of life.” 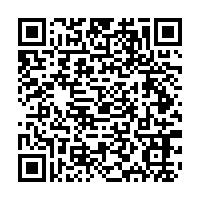