Over the weekend, Turkish forces shelled the Syrian village of Maranaz and the Menagh airbase, both of which were re-captured recently by the Kurds.

Israel is watching the situation in Syria closely; events across the northern border have serious potential to affect Israeli national security. Although Israel coordinates its activities with Russia, that doesn’t mean every move by Moscow is one that works well for Jerusalem across the northern border. Nor does Russia necessarily take into consideration how its military activities might impact Israeli security. The same holds true for Turkey.


Coverage earlier in the day by international media claimed Turkish artillery was aiming its shelling at villages that were under the control of Jaysh al-Thuwar (Revolutionary Army), not YPG, (Kurdish People’s Protection Units militia). A Turkish government source told Reuters on Saturday that Turkey’s military force shelled YPG targets near the town of Azaz in northern Syria. The source did not explain the extent or reason for the shelling.

The Syrian Kurdish Democratic Union Party (PYD), like the YPG, is considered by Ankara to be a branch of the Turkish PKK terror organization.

The PKK is recognized by the United States and the European Union as a terrorist entity. However, neither considers the YPG or the PYD to be terrorist organizations.

The UK-based Syrian Observatory for Human Rights confirmed the shelling struck areas of Aleppo, including Menagh, that were recently taken by YPG. The Syrian Kurdish YPG group confirmed the news in a tweet early Saturday evening. Local sources said the shelling did not have any major impact and was not hampering YPG efforts or operations at either location.

“It’s just a propaganda show to pretend they are not idle while al-Qaeda is smashed,” wrote a local source in a response on the Twitter social networking site.

But the artillery aimed Kurdish positions, rather than Da’esh targets, has raised more questions about the Ankara’s goals at a time when Turkey has turned up the pressure over its candidacy for European Union membership.

Moreover, as a member of NATO, Turkey has flatly stated that it expects the world organization to come to its aid in the event that its borders are breached.

But what if those borders are breached by desperate Kurds fleeing flaming wrecks of cities shelled by Turkish artillery?

Those same Kurds are viewed by Turkey as “terrorists” and yet the United States does not view them in the same light. How would this conflict be resolved among two members of NATO, sworn to protect each other under “siege” ?

Meanwhiel, special forces from the United Arab Emirates are reportedly being sent to Syria to help Sunni fighters recapture Raqqa, the northern Syrian city seized by Da’esh (ISIS) for use as the capital of its world caliphate.

It is not clear how many forces the UAE plans to send to Syria for the mission. But Saudi Arabia has also pledged to send forces to train and help local fighters recapture Raqqa.

Numerous Kurds fell in the initial battle to hold the city.

Russia’s Prime Minister Dmitry Medvedev, however, warned other nations they not interfere in the Syrian conflict. Medvedev said in an interview with the German newspaper Handelsblatt that more foreign intervention will only exacerbate the conflict and could lead to a “permanent war.”

Meanwhile, Israel could easily be caught between all parties and find itself dancing at numerous weddings all at the same time.

Having managed to maintain a cold peace with Syrian President Bashar al-Assad for decades on the Golan Heights border, Israel has lately been forced to maintain a much closer watch in the area. The various groups jockeying for position in what is colloqually now being referred to as “the Syrias” are coming closer and closer to the Israel-Syria border — close enough to be seen with binoculars. 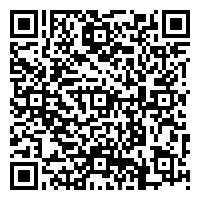