In return, Iran will receive billions of dollars in relief from international sanctions to be relaxed in phases as Iran begins to comply with the commitments in the agreement.


According to the 109-page accord, Iran will enrich uranium only up to an amount of slightly less than 4 percent: enough for civilian medical and energy purposes. The Islamic Republic agreed to allow spot inspections – daily inspections, Kerry said – by monitors from the United Nations International Atomic Energy Agency (IAEA) – at its nuclear research and development sites.

That access, however, is not guaranteed – especially at military sites, where the country’s parliament has just passed a law banning entry to any foreign or outside element. Even a delay could last long enough to allow nuclear scientists time to hide evidence of research into atomic weapons.

A three-month extension on talks between Iran and the IAEA to resolve outstanding issues was agreed to and signed this morning with the agency’s director, Yukiyo Amano, Kerry said. “Sanctions relief will only start when Iran complies with its commitments,” he reminded.

In addition, it was agreed the United Nations arms embargo imposed on Iran will continue for the next five years as well. UN restrictions on the transfer of ballistic missile technology to Tehran could last up to eight more years. Either or both sanctions, however, could end sooner, depending on clearance by the IAEA.

The “snap back” provision that allows sanctions to be reimposed if Iran violates the agreement will also stay in the agreement. Kerry noted this point is particularly important, inasmuch as the negotiators began their talks when Iran’s breakout time to a nuclear weapon was only a total of two to three months – and when the Islamic Republic already had amassed “enough fissile material for 10 to 12 [atomic] bombs.”

Perhaps that is one reason the deal is “not built on trust, it is built on verification,” as President Barack Obama told Americans in a broadcast from the White House carried live on Iranian state television. Obama added that all potential pathways to an Iranian nuclear weapon have been cut off.

Iranian President Hassan Rouhani said in Tehran that a “new chapter” has begun in his nation’s relations with the global community.

Kerry also commented that the signing of the agreement could not guarantee its commitment; rather, “it’s the implementation that will matter,” he said. Nevertheless, despite fiery rhetoric filled with venom and vows by Iranian leaders not to allow outside access to the country’s nuclear sites, Kerry said negotiators talked a different tale at the negotiating table.

“The negotiators absolutely affirmed to us… that they are operating with a full mandate from the President [Hassan]Rouhani, and from the Supreme Leader,” Kerry said. Whether they were telling the truth, however, only time can tell. 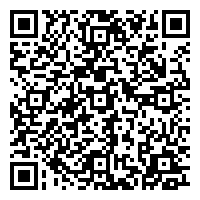