NY Governor Andrew Cuomo on Sunday could not hold back his rage at the Satmar Chassidim who on November 8 fooled the authorities and held a secret wedding with thousands of guests who did not wear masks.

“It was a blatant disregard of the law,” the governor told a press conference in his Manhattan office. “It’s illegal. It was also disrespectful to the people of New York.”


“The law protects everybody. It protects you, but it also protects me,” Cuomo said, urging the city to “do a robust investigation” of the event, suggesting that “if 7,000 people went to a wedding, you can figure that out, right? That’s the problem with a ‘secret’ 7,000. It’s hard to keep a secret.”

Cuomo said: “It’s my information the city is investigating. They should investigate, and if 7,000 people were at a wedding, I’m sure they’ll be able to figure it out, and then we’ll bring the full consequences of legal action to bear.”

In mid-October, we reported that a wedding scheduled for the grandchild of the Satmar Rebbe, Rabbi Zalman Leib Teitelbaum, with a reported 10,000 guests, became a battlefield over the enforcement of coronavirus regulations between the organizers and Governor Cuomo, and as a result, Congregation Yetev Lev D’Satmar distributed leaflets titled “Statement Regarding Upcoming Wedding of the Grand Rebbe’s Grandson,” detailing the great efforts on the part of the Chassidic group to comply with the pandemic rules.

“If it turns out that, because we stopped that wedding, the reaction was, ‘well we’ll have a secret wedding,’ that would be really shocking and totally deceitful from the conversations that I had because I had personal conversations with members of the community,” Cuomo said angrily.

NYC spokeswoman Avery Cohen issued a statement saying “the City is conducting an investigation into the incident and will hold those accountable to the fullest extent of the law.” 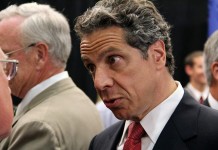 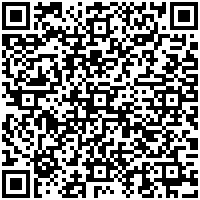