Security personnel are at the highest alert level that exists in France: they’ve been told to clear profiles on social media and remain armed at all times, CNN reported.


The new instructions came in the wake of new information received by authorities revealing that terrorist sleeper cells were activated this weekend in France.

Some 800 extra police have been activated to patrol the streets and sites ranging from schools to the Metro and all iconic landmarks. Another 33,000 security forces were on the street last week in order to fight the terrorists.

But France is not the only country facing potential terror attacks this weekend.

Americans were warned by the U.S. Embassy in Jakarta about potential terror threats in Indonesia against U.S.-linked banks and hotels, tourist hotspots and popular nightclubs.

Australia warned its citizens last week about travel to India due to concrete terror warnings. The U.S. State Department has validated those warnings, by the way. Upscale hotels packed with tourists appears to be a particularly tempting target, and especially women.

While on that topic, incidentally, Australia itself is currently on high alert for terrorists threats following a terrorist siege at the Lindt chocolate cafe in Sydney in mid-December. Three people died in that attack, including the ISIS-linked terrorist.

The Philippines is also seeing an upswing in terror warnings, and increased “chatter” with alerts about kidnapping, violence and possible attacks.

Closer to Israel, Egypt has decided to double its buffer zone and clear out the last set of houses that obstruct the view at a one-kilometer buffer zone at the Gaza line. In addition, last week the government announced it would also raze the city of Rafah – that part of the city on the Egyptian side – to the ground and rebuild it elsewhere.

Rafah is the sole border crossing between Gaza and the rest of the world that does not go through Israel. However, Gaza’s ruling Hamas terror group has shamelessly abused this privilege and instead honeycombed the area with underground smuggling and terrorist tunnels.

Myriad terror groups have set up training camps and operational bases in the Sinai Peninsula. Egyptian President Abdel Fattah el-Sisi has since ordered a crackdown aimed at eliminating the glut of terrorists in the northern region of his nation. The terror tunnels are marked for elimination by Egyptian forces.

Likewise, terrorists have abused Turkey’s hospitality as well. Although Turkey has bent over backwards to be more than cordial to the Muslim Brotherhood and its allied terror protege, Hamas, its own citizens have paid the price for that loyalty and now are far from safe.

In Istanbul on Saturday, bombs were found in two separate shopping malls, according to police quoted in a report in the Turkish Hurriyet Daily News. One of the incidents took place in a shopping mall at the Basaksehir shopping mall, located in western Istanbul, the Dogan news agency reported.

A second homemade explosive was discovered in the nearby Sefakoy neighborhood.

The first bomb was successfully defused; the second, involving butane fuel refills, was safely detonated by the bomb squad. Police have not officially confirmed either report, and no terror group has yet claimed responsibility for the attacks.

The incidents came just days after an Islamist female suicide bomber detonated herself at an Istanbul police station in the historic tourist district of Sultanahmet on January 6. One police officer was killed in the attack.

It is believed the latter attack may have been linked to the Islamic State of Iraq and Syria (ISIS) terror organization. Turkey has offered its assistance to France in connection with last week’s terror attacks.

Europe is not the only continent being targeted by the nightmare of global jihad, however; Nigeria is also in the cross hairs. In the northeastern part of the country on Saturday 20 people were killed in a suicide bombing carried out by a 10 year old girl. 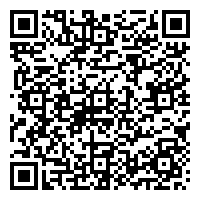